Since my last update in July 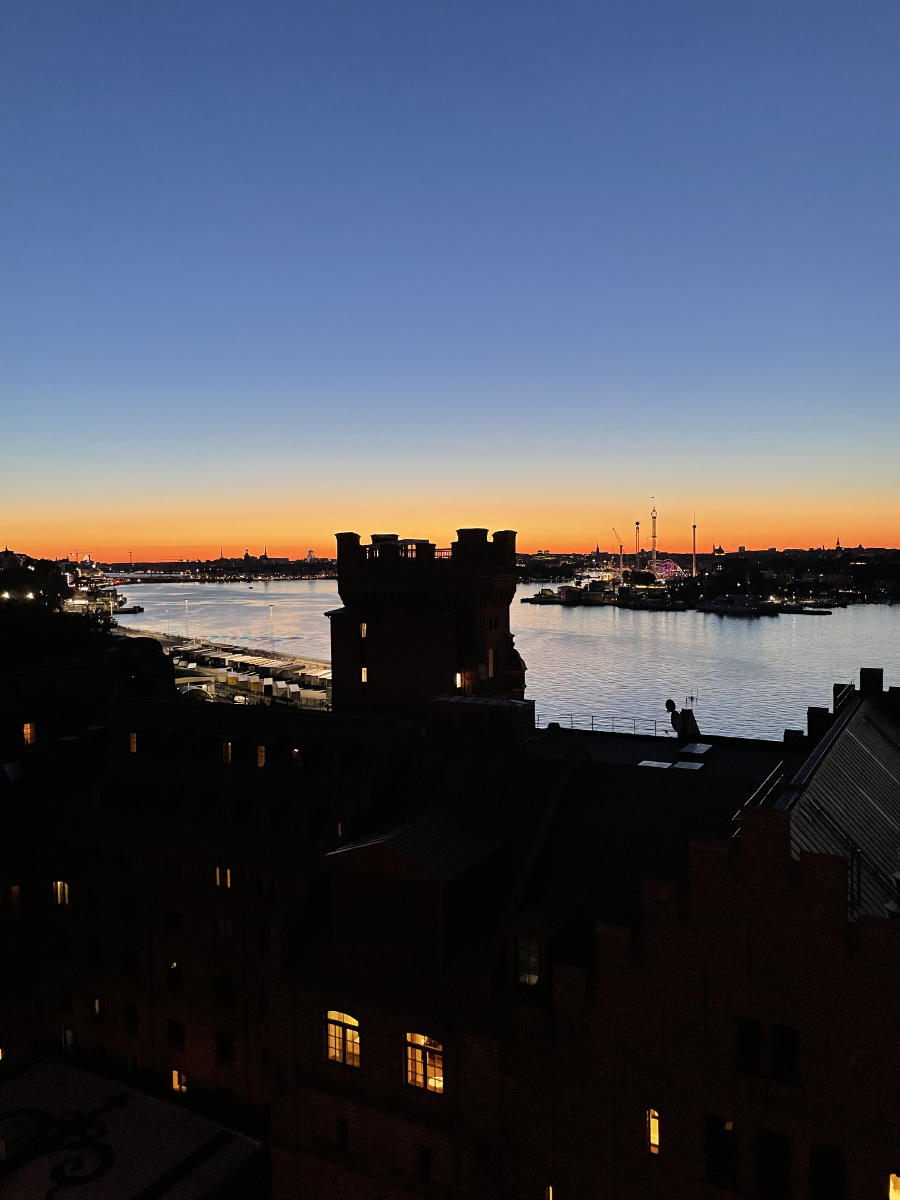 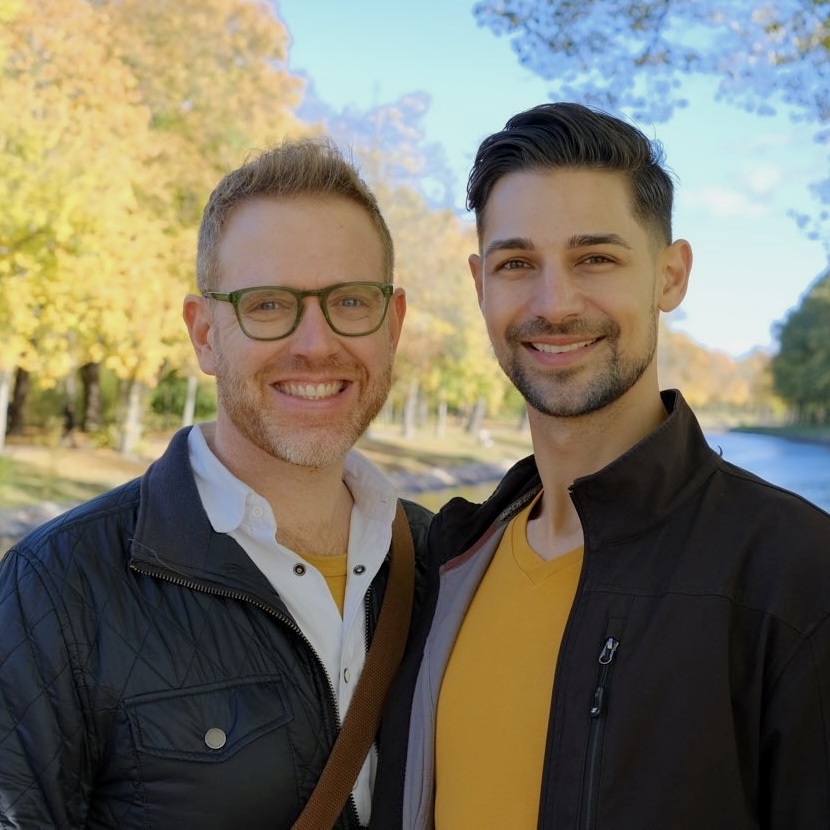 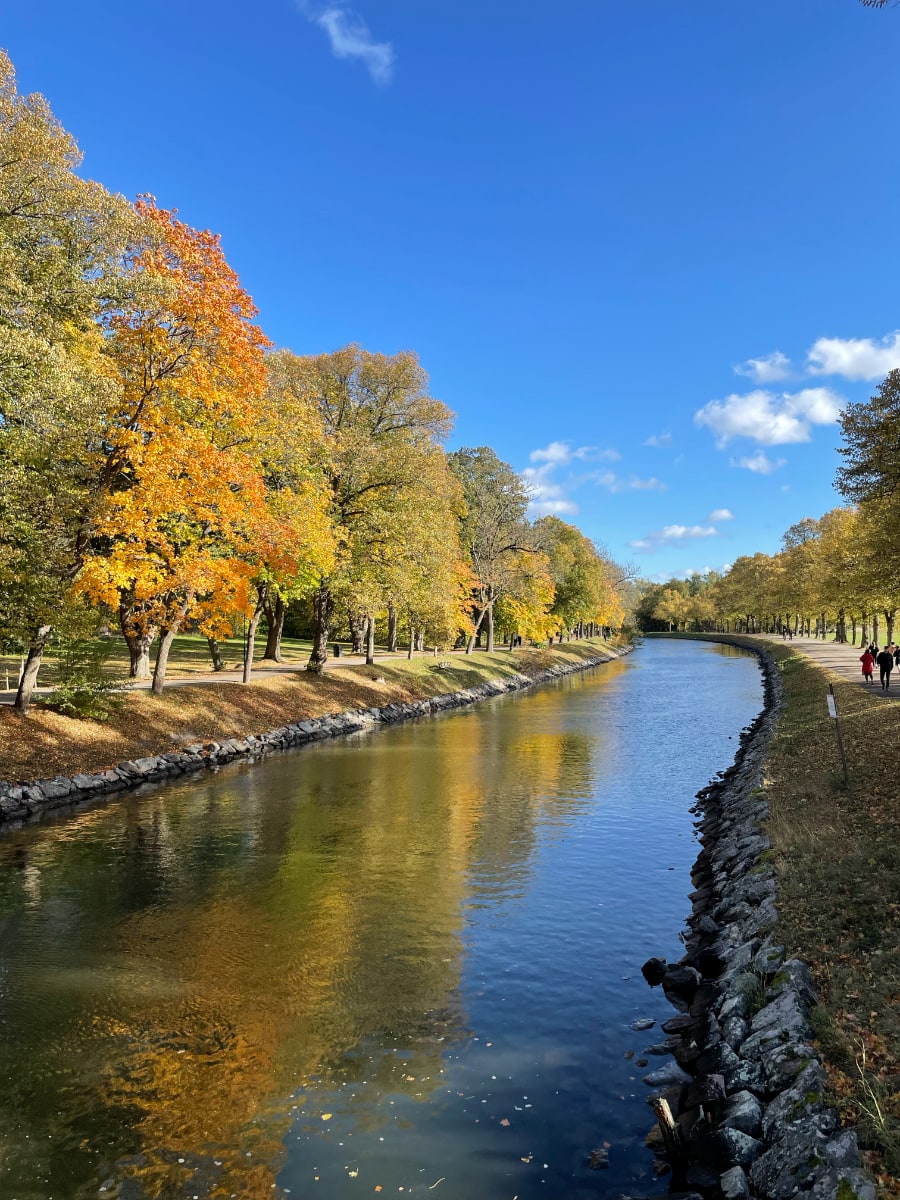 On Tuesday, November 22, 2022, I became a citizen of Sverige 🇸🇪! I truly love this country and the European Union 🇪🇺. I look forward to building a better life here, now more secure in my ability to stay.

My citizenship application decision took 224 days and required exercising my legal right for conclusion after 6 months. My request to conclude was denied. However, this likely caused a case worker to be assigned and start the review of my application.

While I am grateful for my decision, many of my immigrant friends are still waiting for their decisions. The queue increased by nearly 5,000 people to 94,814 in the time it took my application to be reviewed. The average wait time is 3 years. A new far right coalition now controls the Riksdag and was elected primarily on the issue of making immigration to Sverige more difficult. 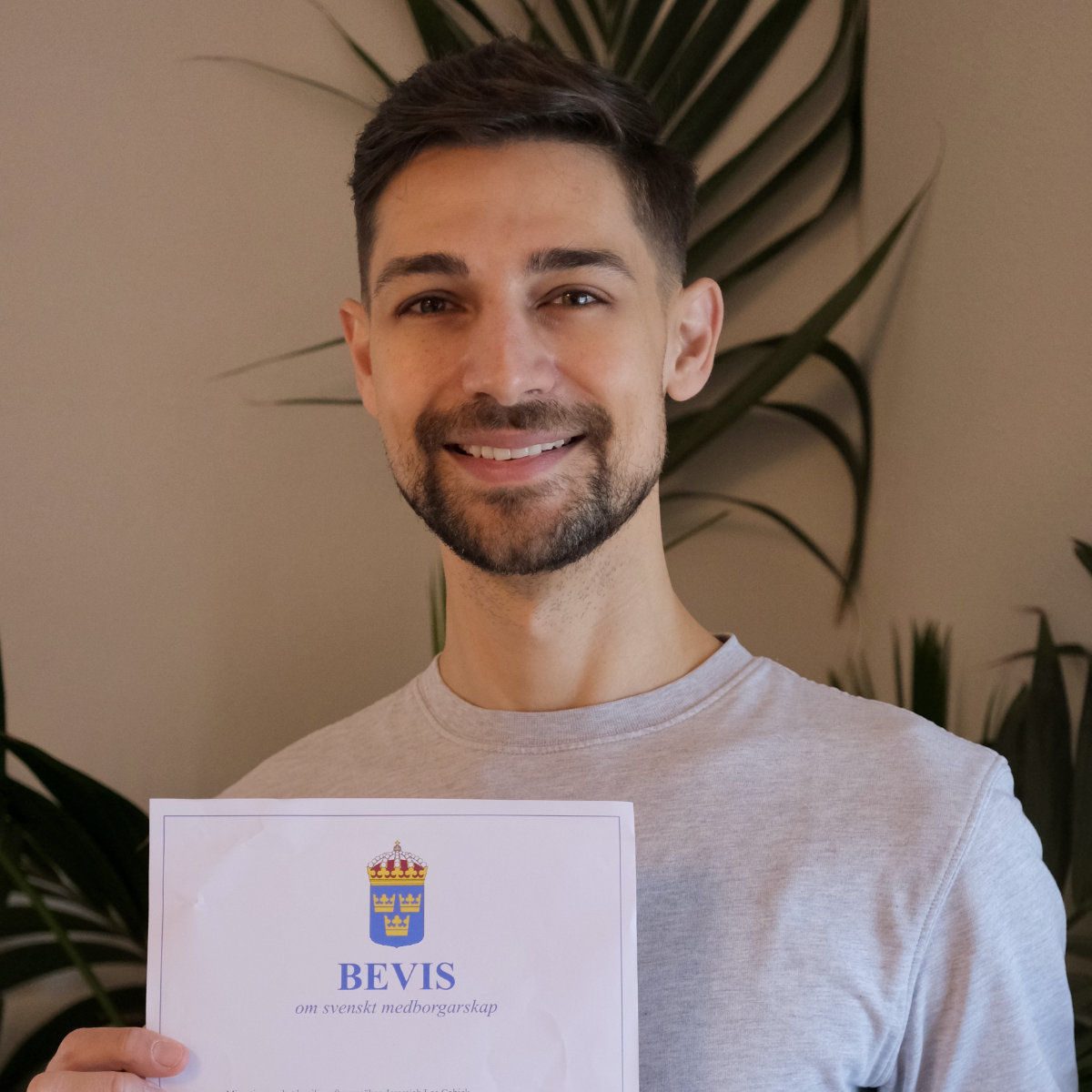 I left Stripe in October. Sometimes your heroes aren’t what you’d hoped. And that’s ok.

As reported in Forbes, Stripe allegedly was using aggressive performance reviews to reduce its workforce. As a manager, I think this tactic is disrespectful and lacking in compassion. Apparently many other managers felt similarly and the company eventually did the correct thing and had a proper layoff after I left. 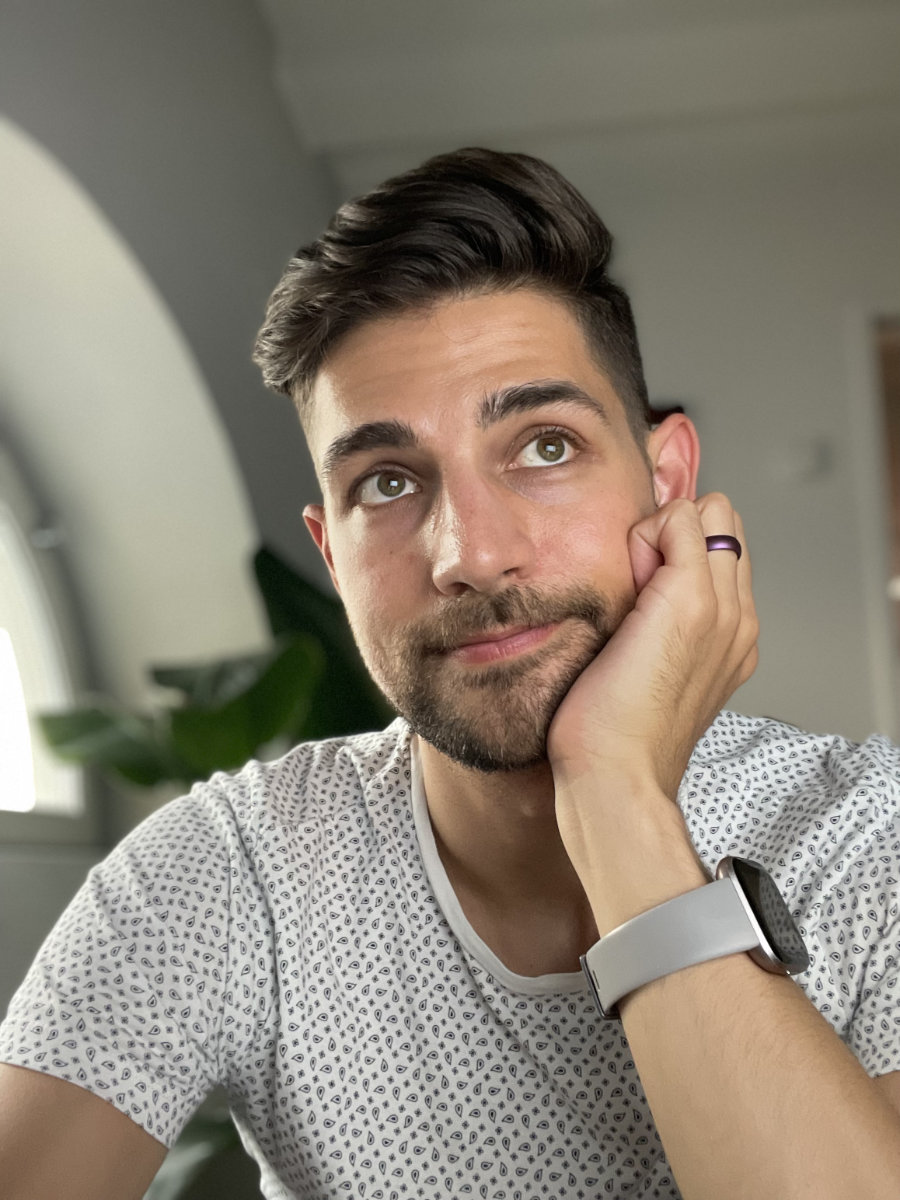 After leaving Stripe, I joined the Interledger Foundation as a volunteer advisory council member. I believe its proposed W3C standard for Web Monetization has the best chance for disrupting online advertising as the primary monetization model online. Imagine a monthly subscription like Spotify or Netflix, but that went directly to all of the creators you enjoyed online—and no more creepy, annoying ads. It is a future I want to help create.

In November, I joined Vässla as its CTO. Vässla (pronounced like a portmanteau of Vespa and Tesla) is a Swedish moped and e-bike manufacturer. A week before I joined, it laid off 40% of its staff. They still wanted me to join, but I was laid off a month later. I went to work every day excited by the challenges for the first time in 5 years. Alas, the macroeconomic climate is harsh right now.

Economic downturns, historically, have been good times to start businesses. Now that I am a full citizen of Sverige, I have more options. I also have a supportive husband nudging me to act on my wildest ideas. I intend on decompressing from this year before I make any decisions.

In July, I traveled to San Francisco for work. For the second time in my short history of loyalty to SAS, a strike disrupted my travel plans. I almost missed the onsite. However, my return flight was rescheduled 12 hours later. This gave me 1 evening free to meet up with friends. I posted on social media that I would be at a bar and hoped people would show up. They did. Serendipity worked, like it always seemed to in San Francisco. The evening filled my heart after a grueling work week. 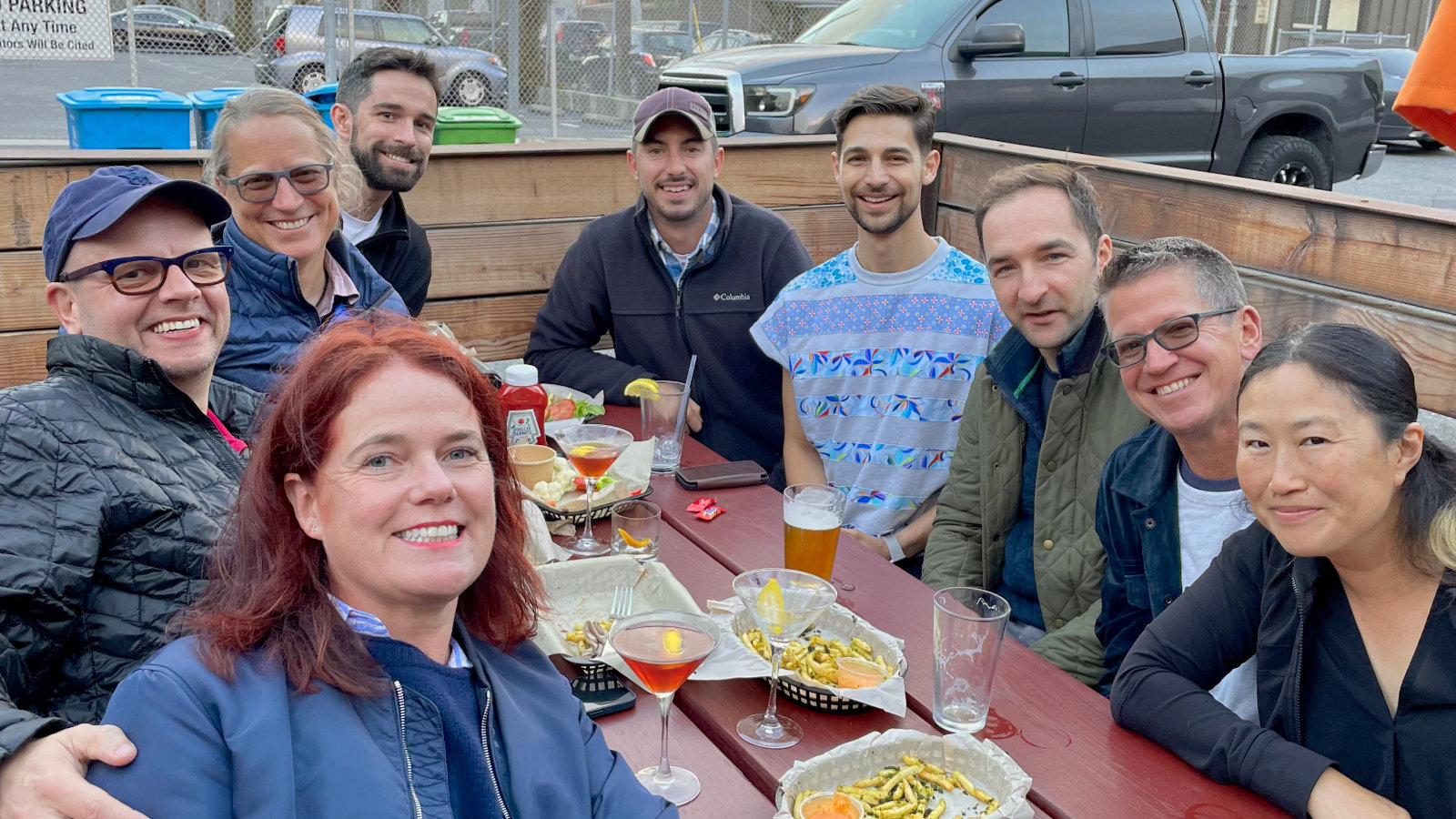 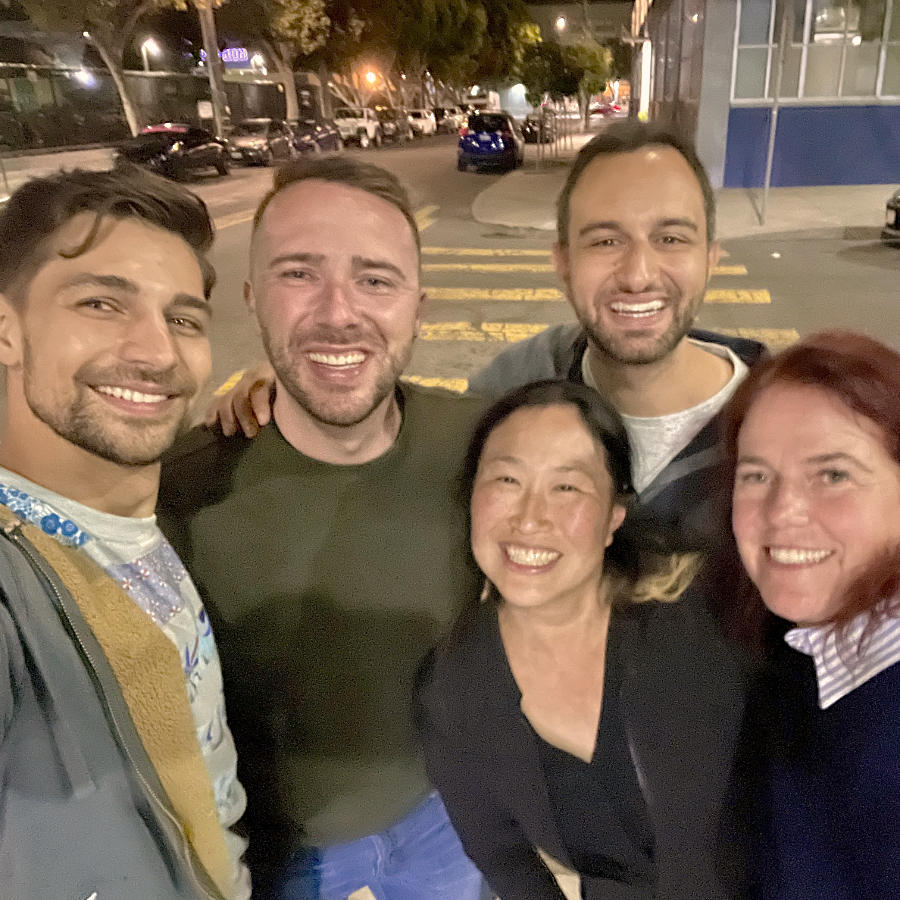 In August, Arthur and I planned a trip to Norge 🇳🇴. Despite living next to it for 5 years, I had not yet visited Sverige’s sibling. We visited Bergen, Flåm, Ålesund, and Øye. Bergen is the second-largest city in Norge. We hiked 2 of its 7 mountains and learned why so many Norwegians have great asses. We took an incredible train ride to Flåm, ate the best tacos we have tasted in Scandinavia, and returned to Bergen via ferry. It was fjordgeous. Our friend Karin recommended Ålesund as the real life version of Arendelle from Frozen. I could see a resemblance, even when sun-filled and warm in August. We unexpectedly arrived during its Pride week. We met some lovely local queers in its 1 temporary gay bar and went to its parade. Our final stop involved a stunning drive through tunnels and on ferries to a remote mountain village, Øye. We did an exhausting hike through mud and endless boulders to a stunning mountaintop. Then, I took a much needed bath in Emperor Wilhelm II of Deutschland’s bathtub at Hotel Union. 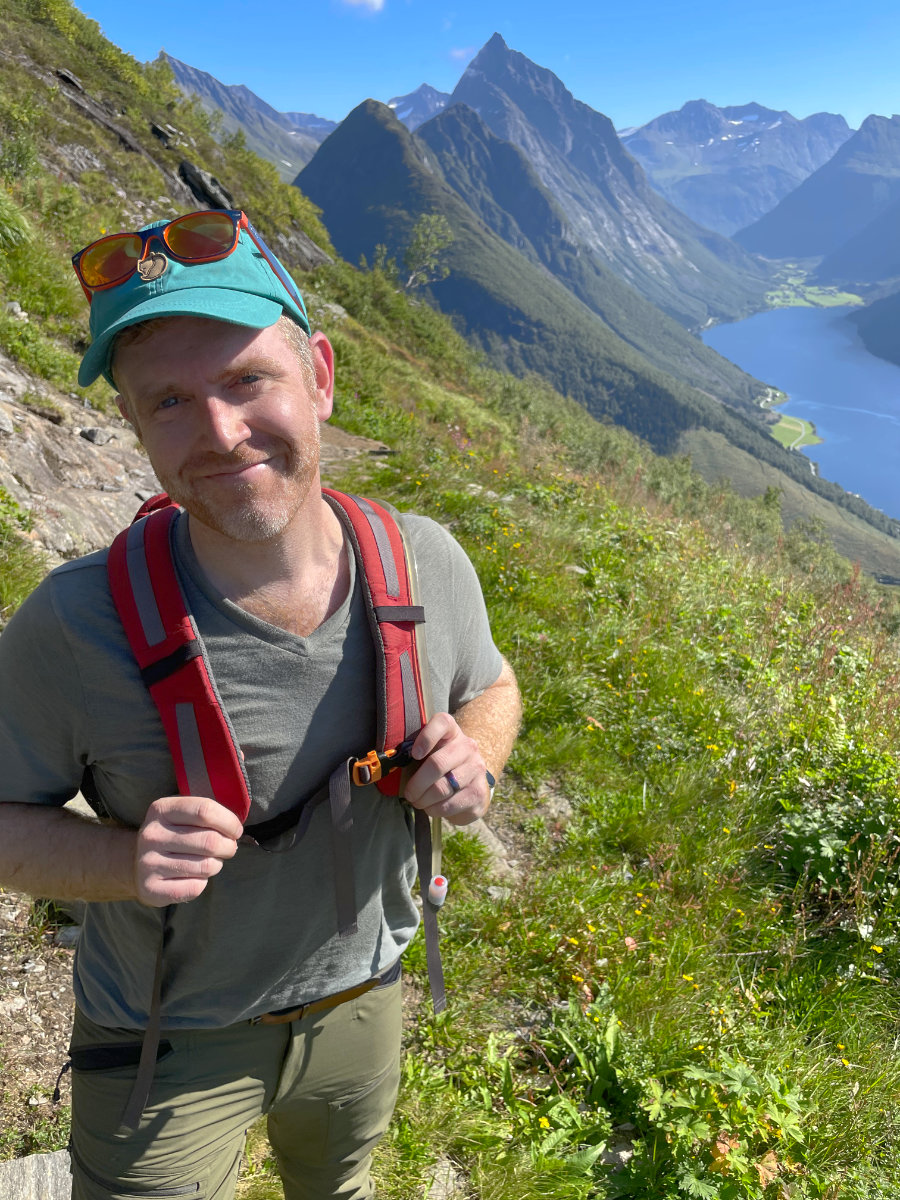 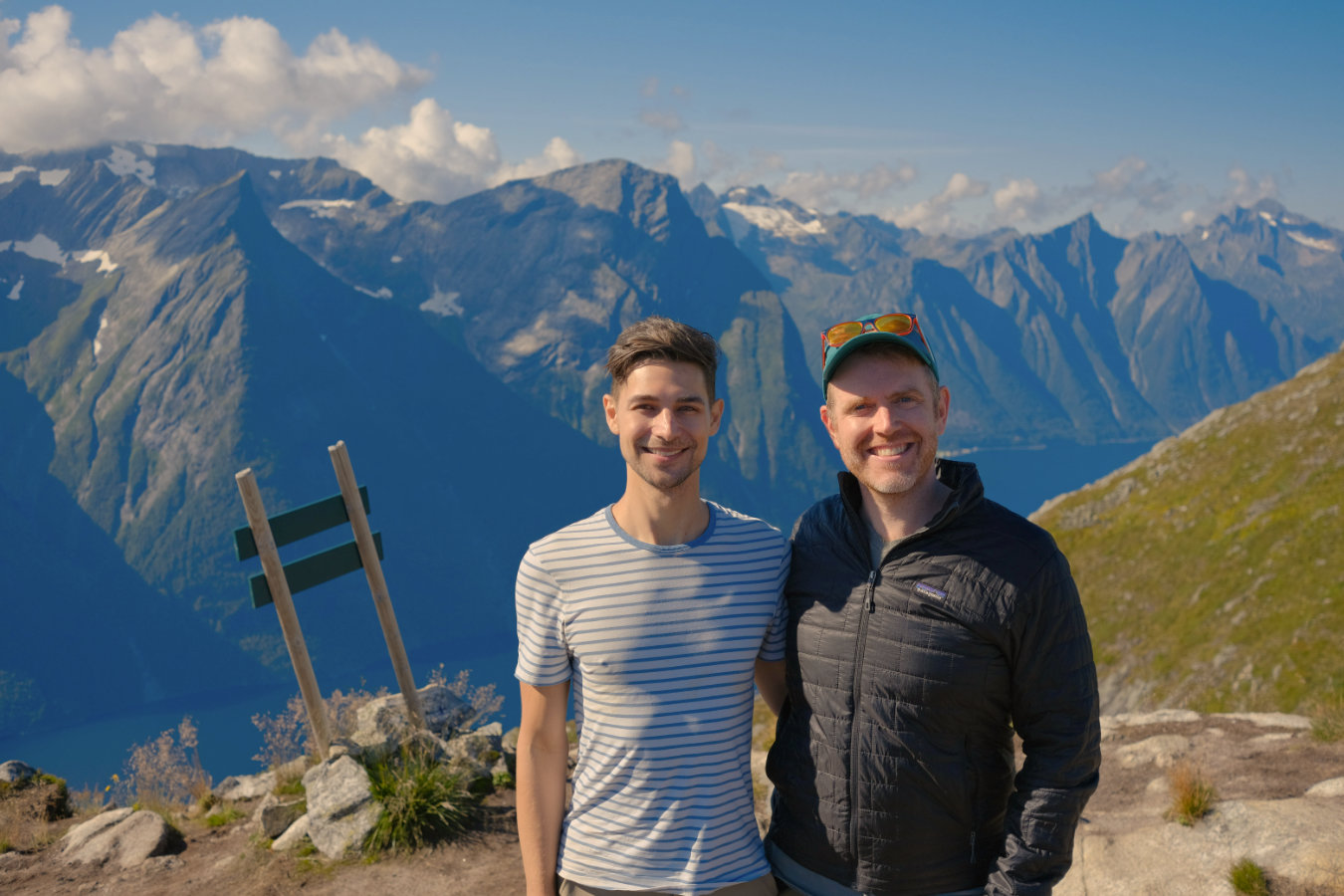 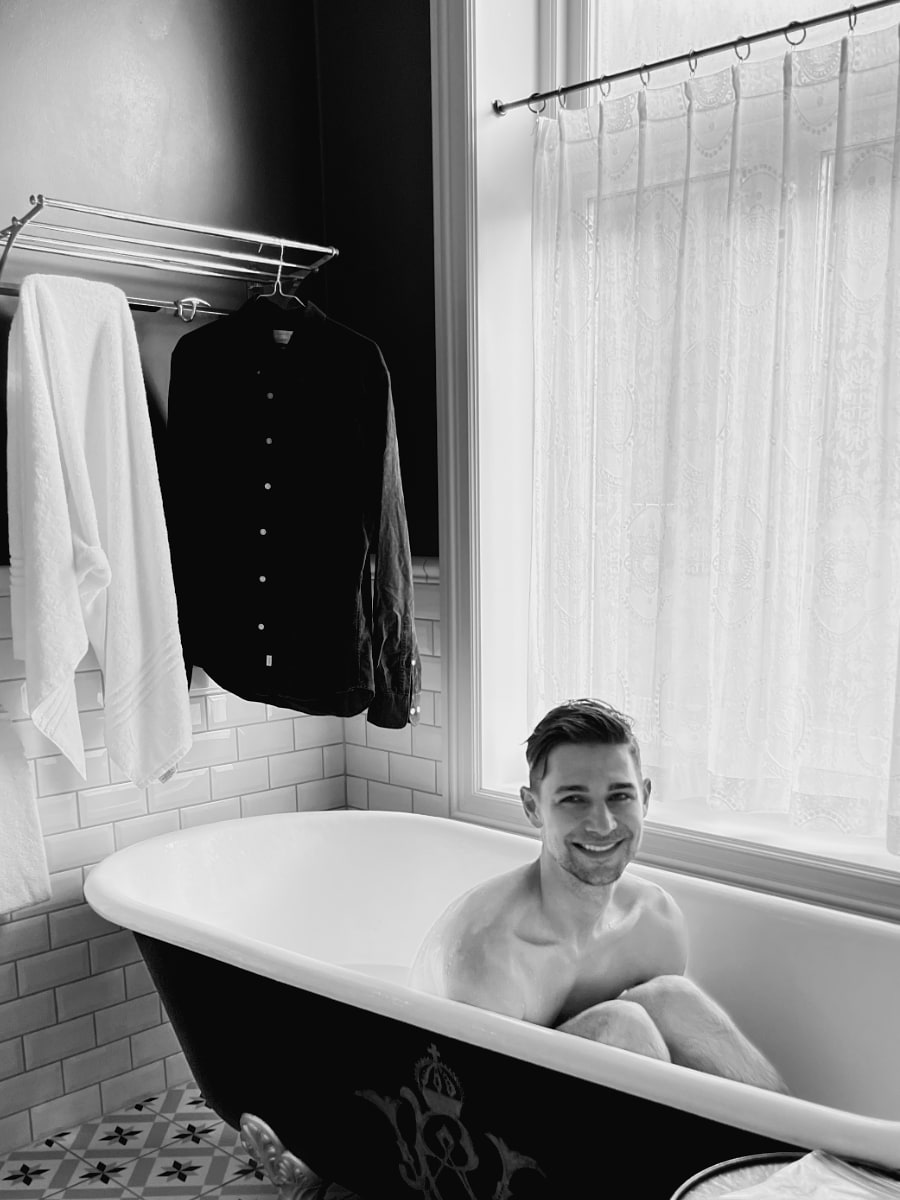 In September, Arthur and I met up with our SF friends Tristan and Ali, their new kiddo, and their Swedish friend Stefan in København, Danmark 🇩🇰. The trip was quick, but fun. We went to the Danish Architecture Centre, walked around Slotsholmen, and enjoyed the consistently excellent bars and restaurants of the city. Theo is an adorable and lucky little human. 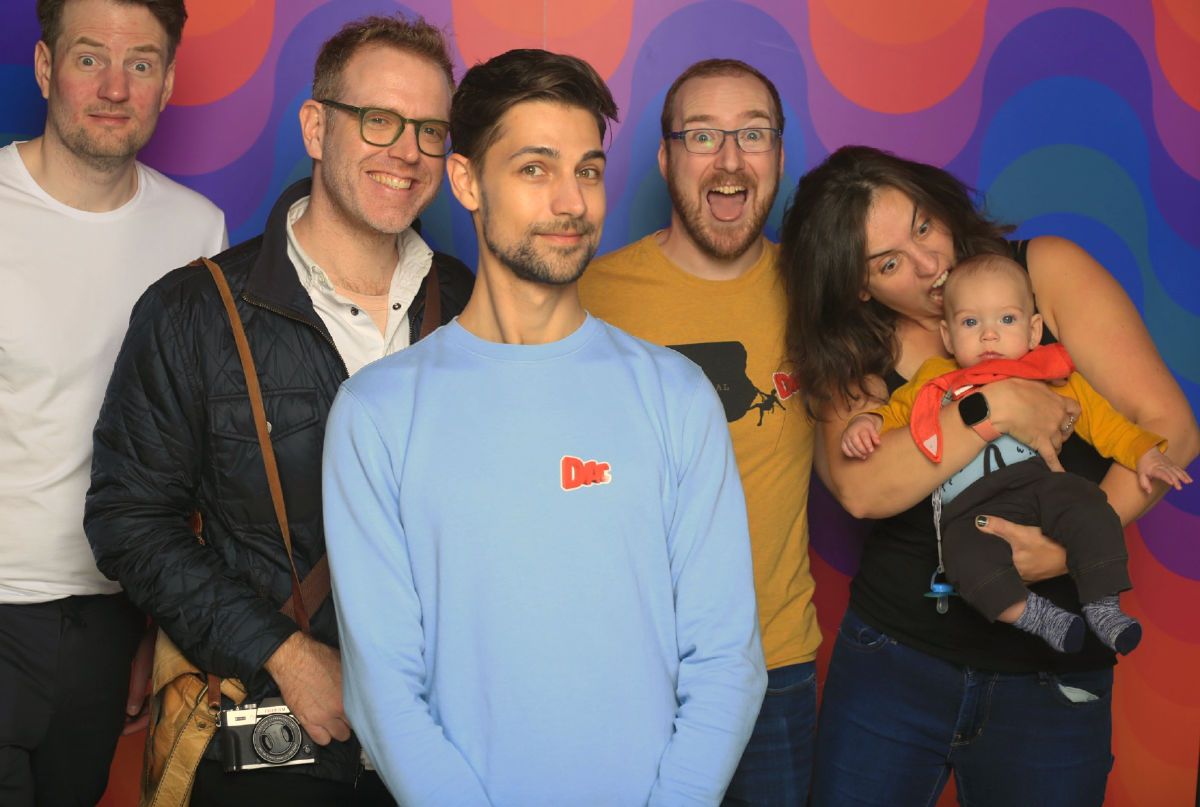 In October, Arthur and I went to Mallorca, España 🇪🇸. I like to escape and decompress before starting a new job. I just wanted to read for a week on a beach in a speedo, preferably reachable using SAS points. My barber recommended Mallorca. I did not know it was a hot spot for Swedes until I planned the trip, but I understand why now. I hope to return and explore more than a resort and nearby beach. 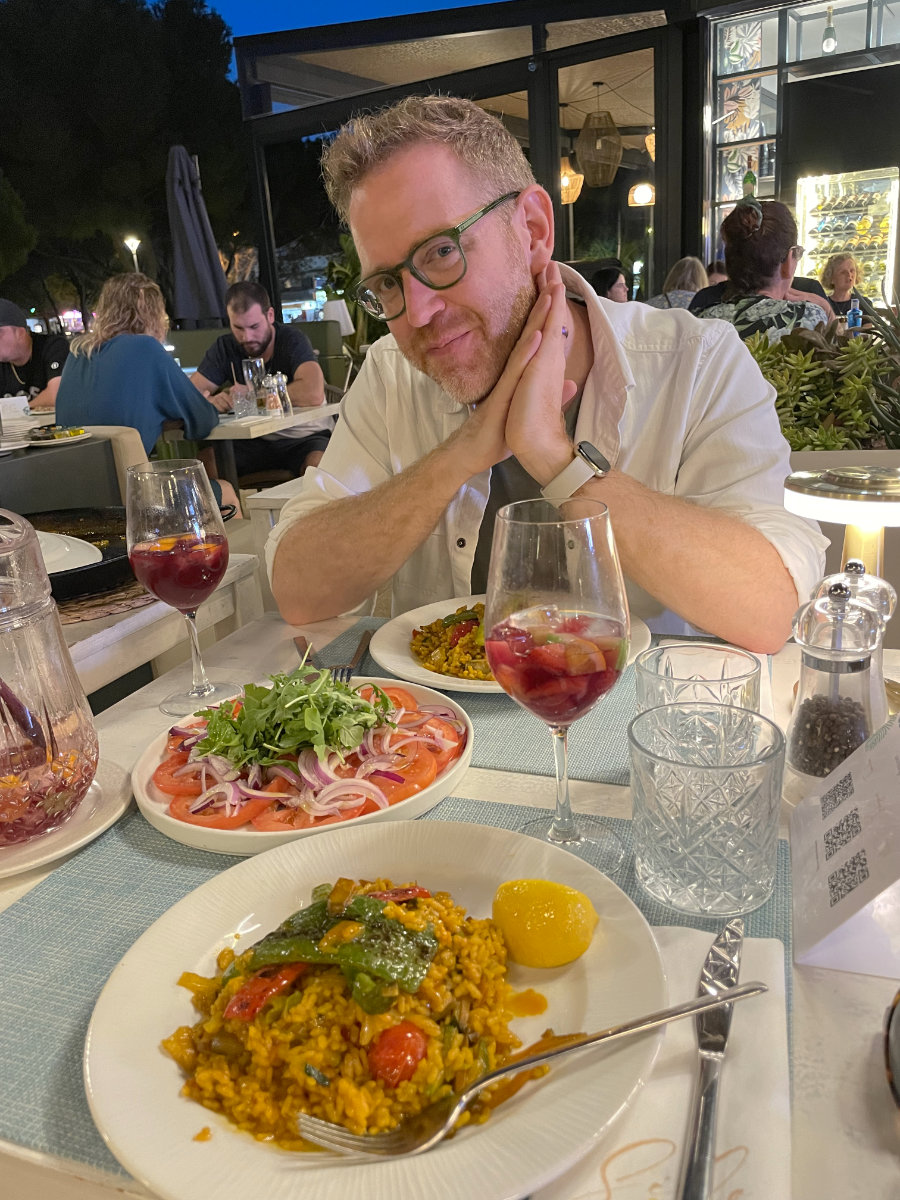 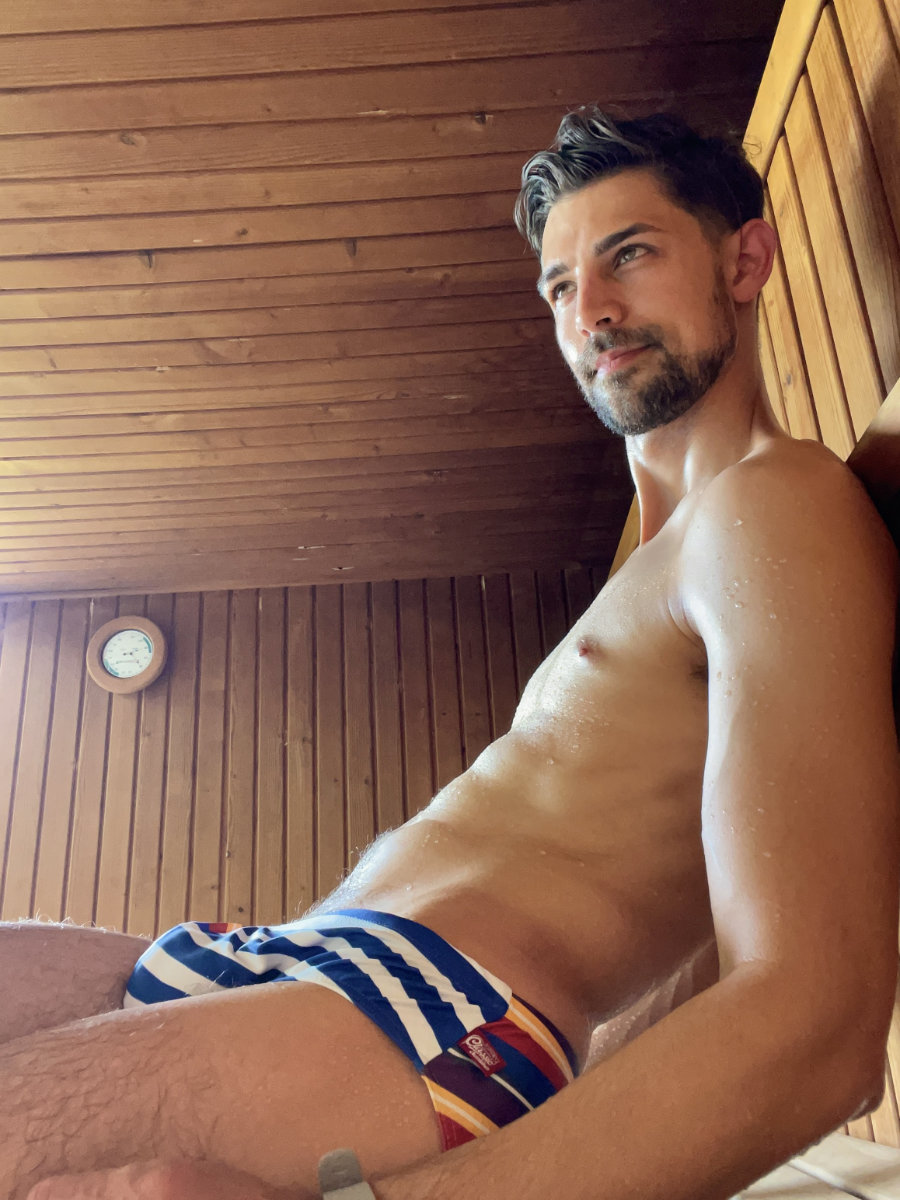 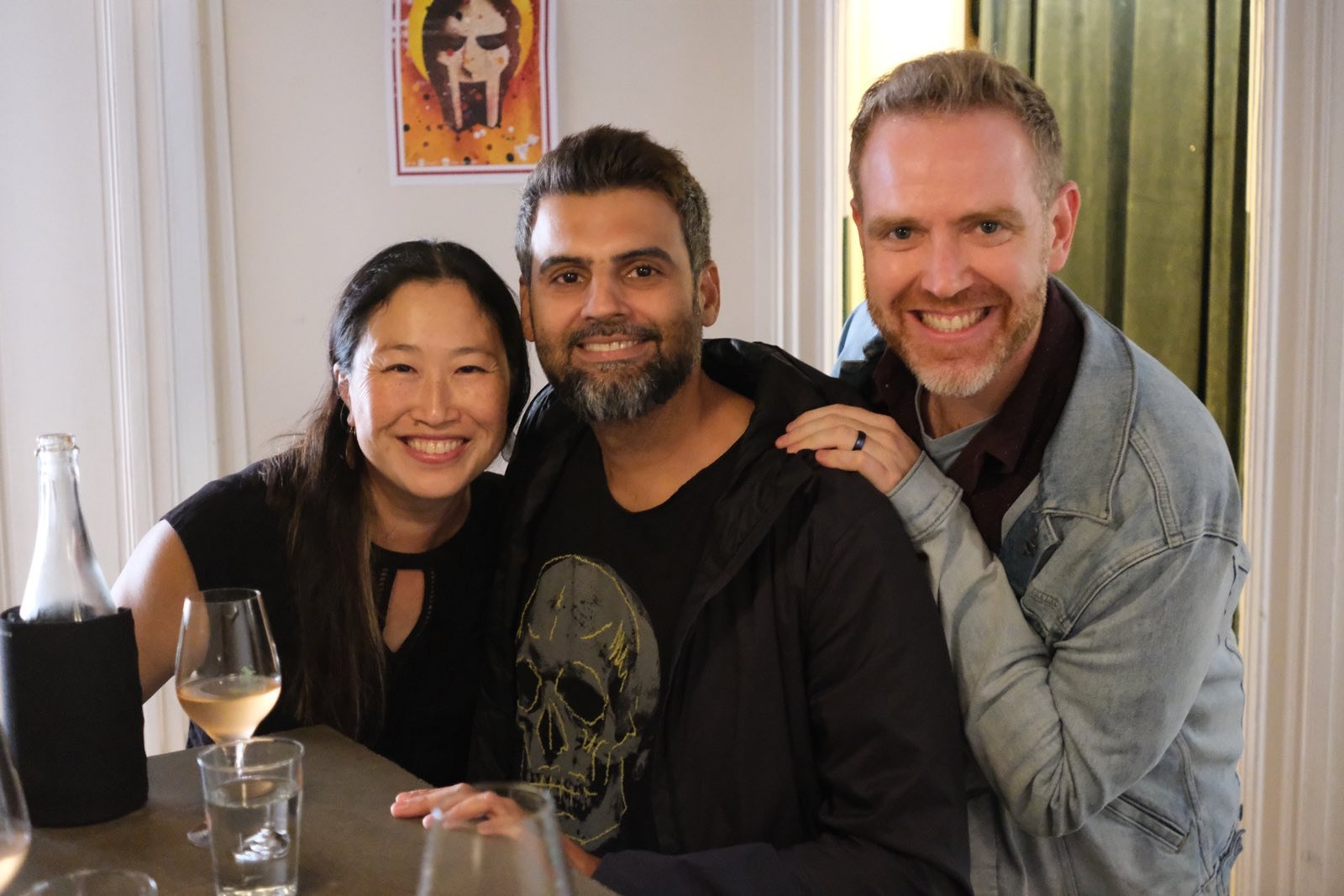 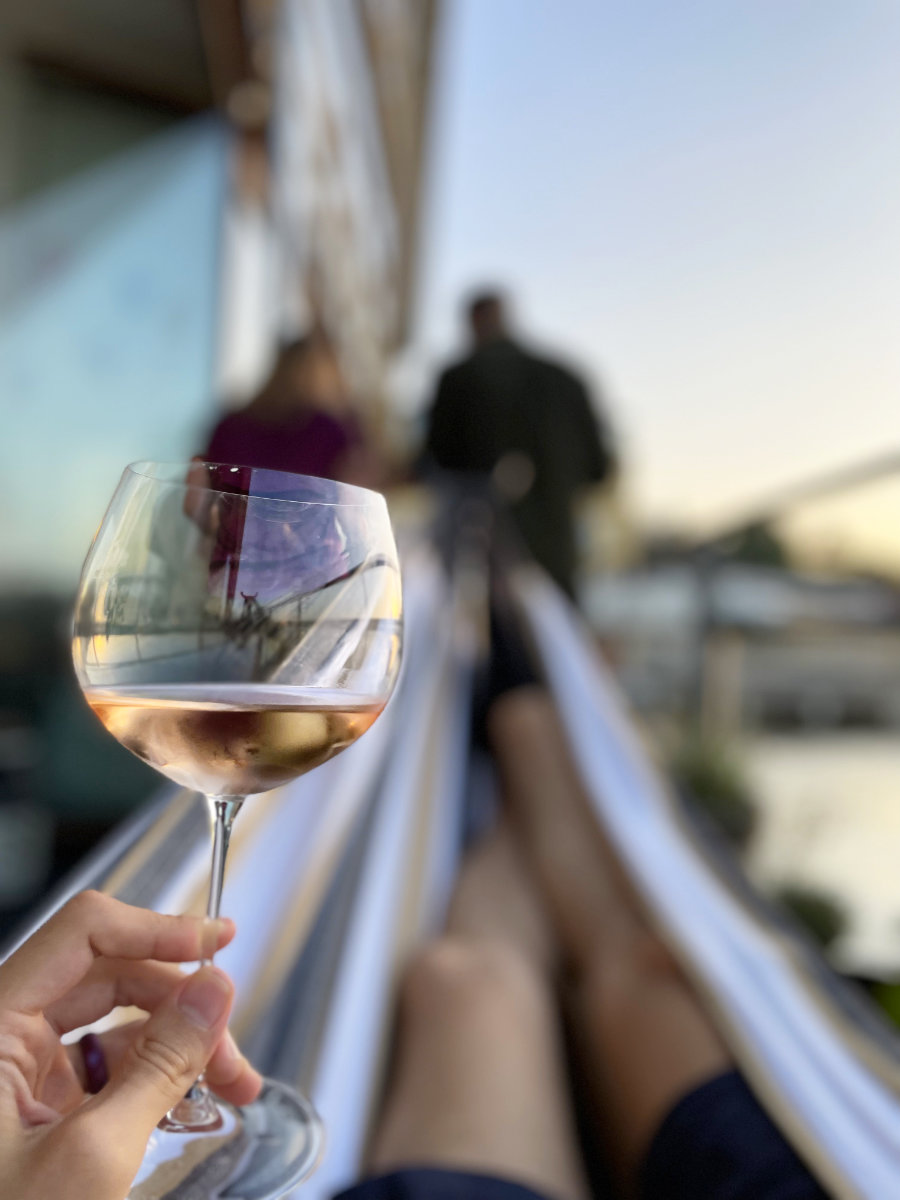 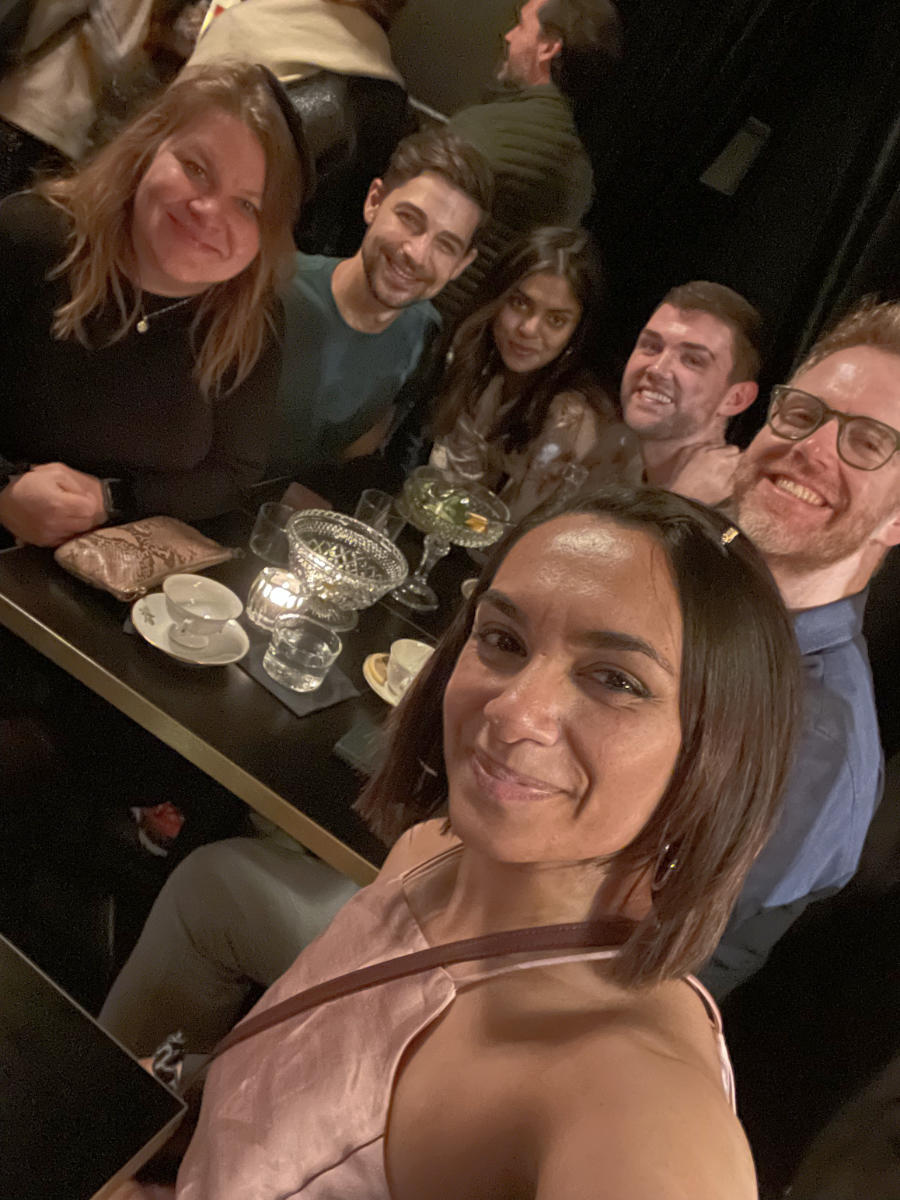 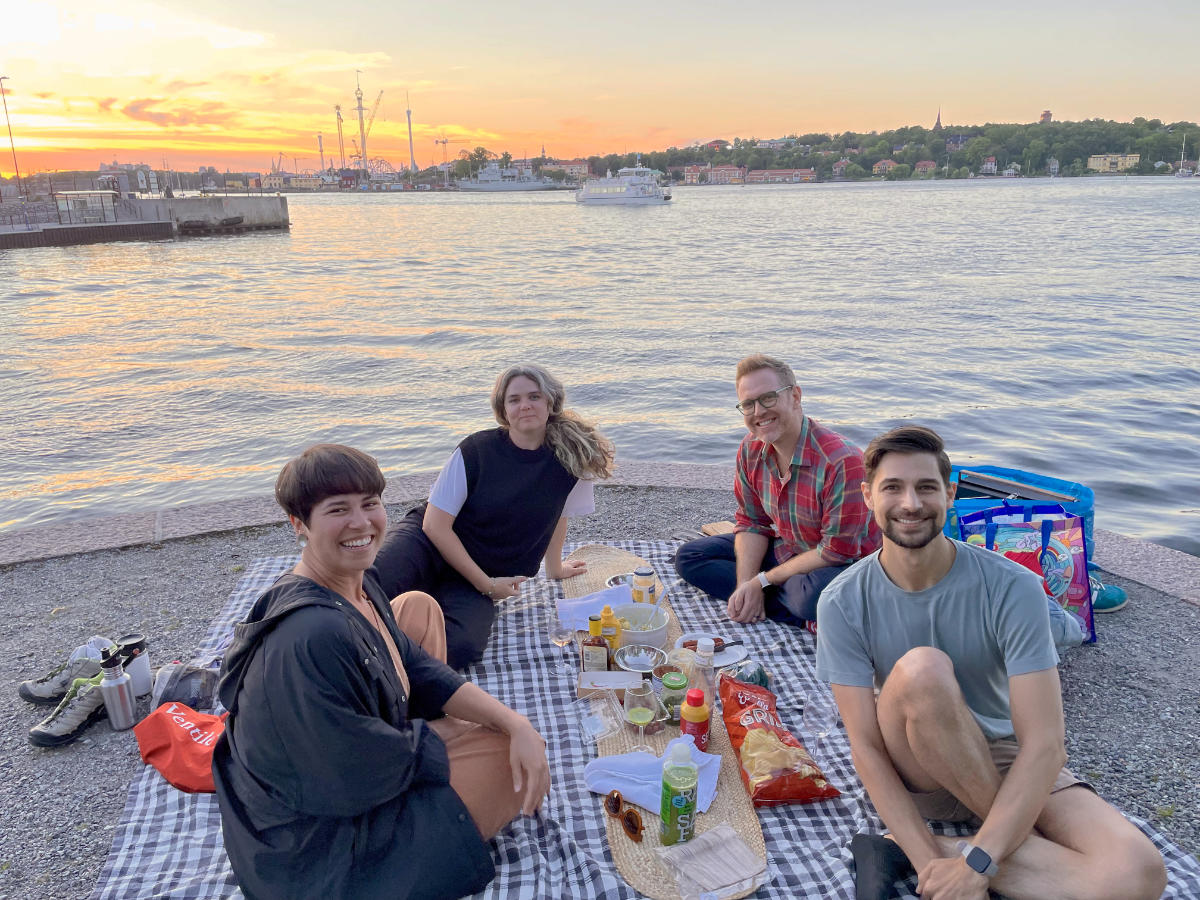 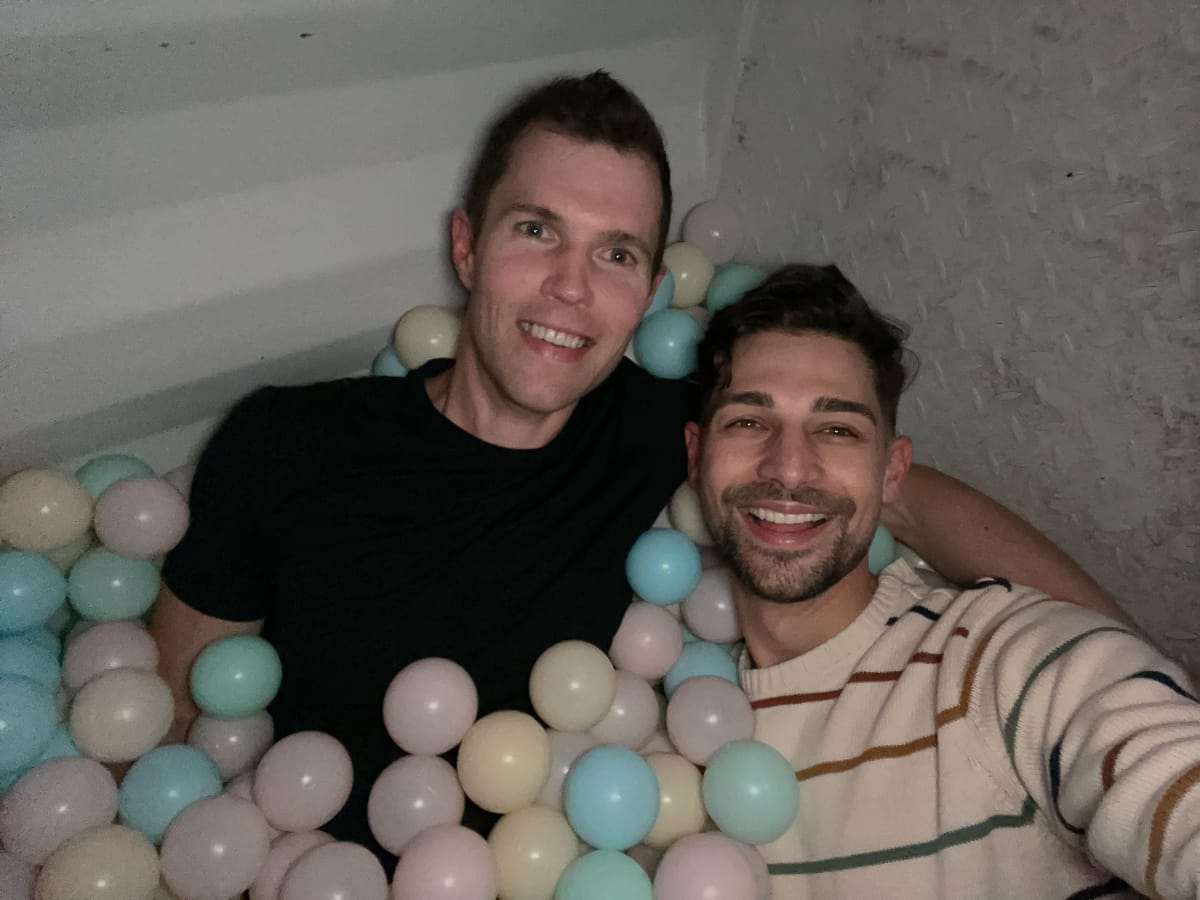 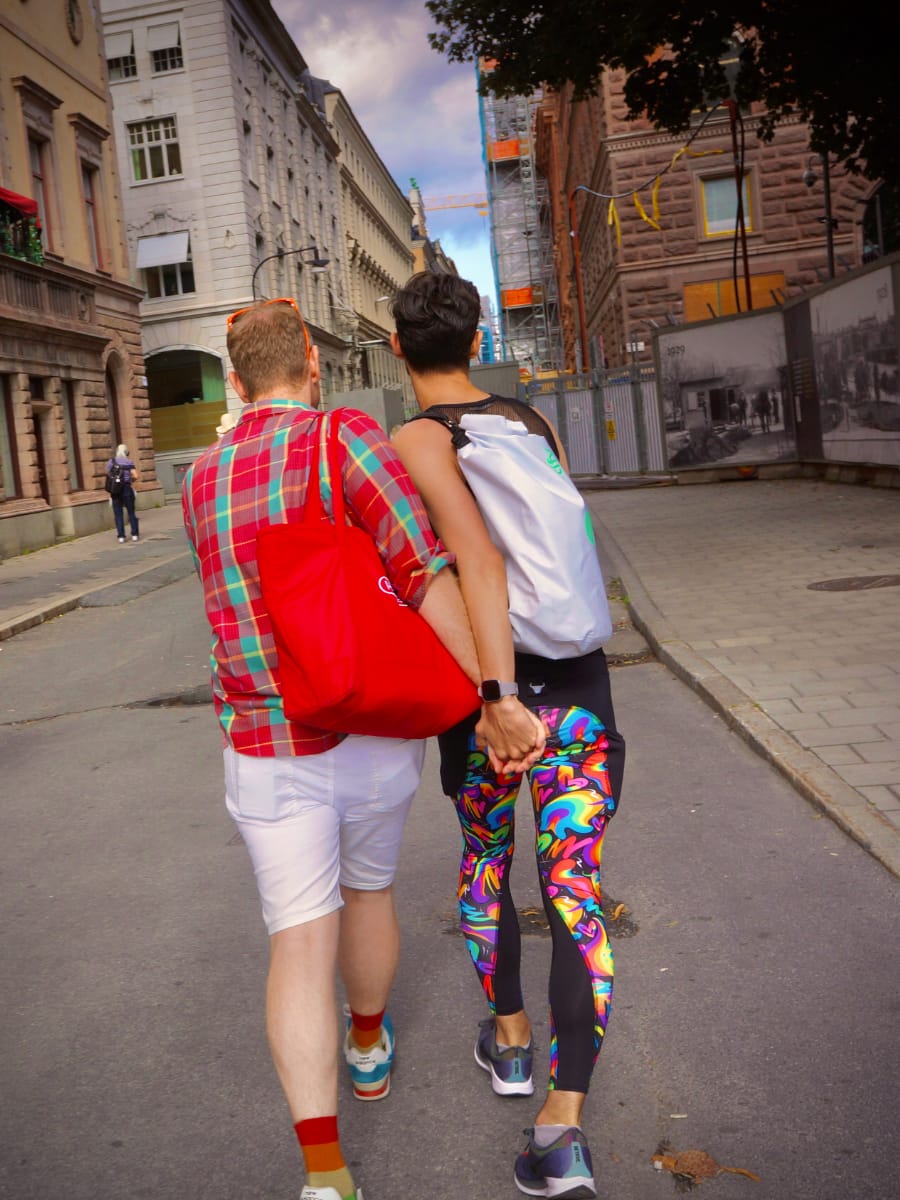 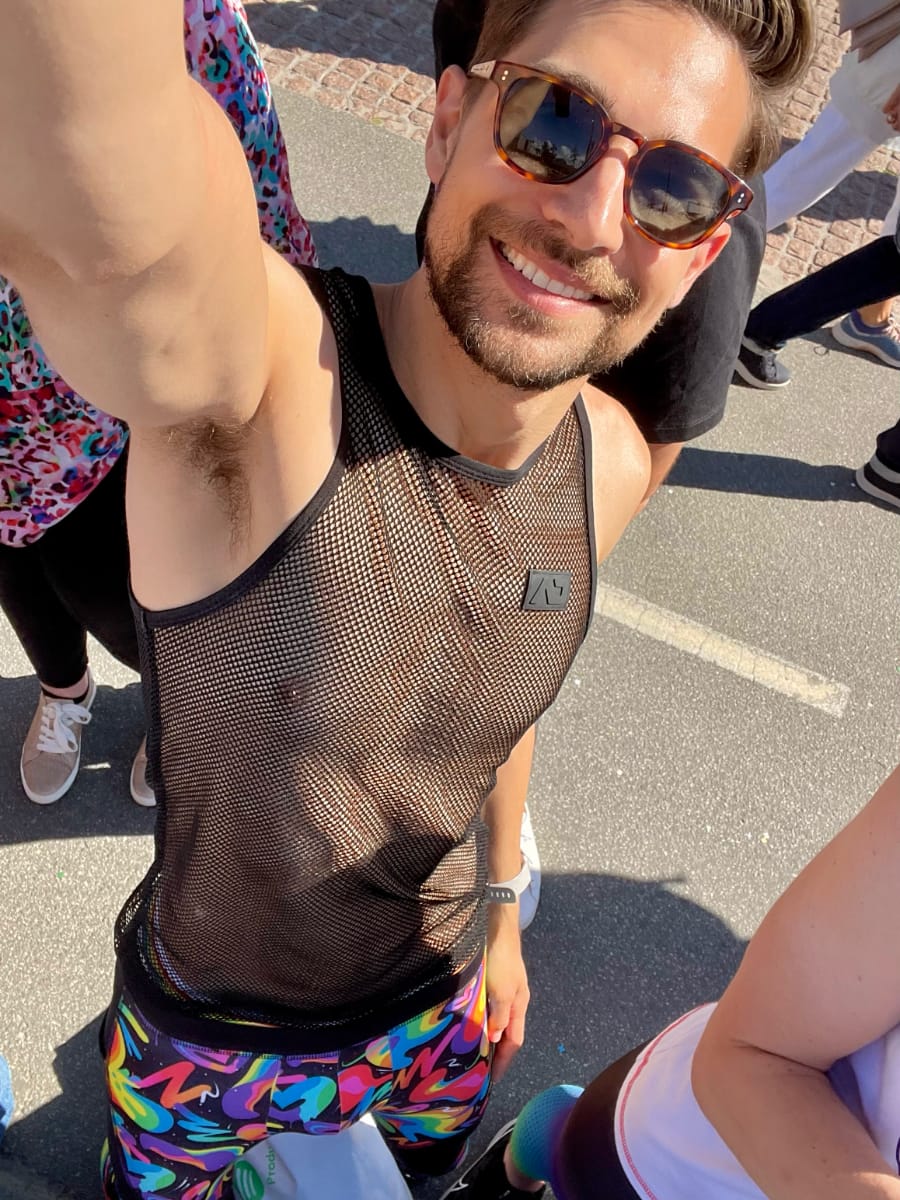 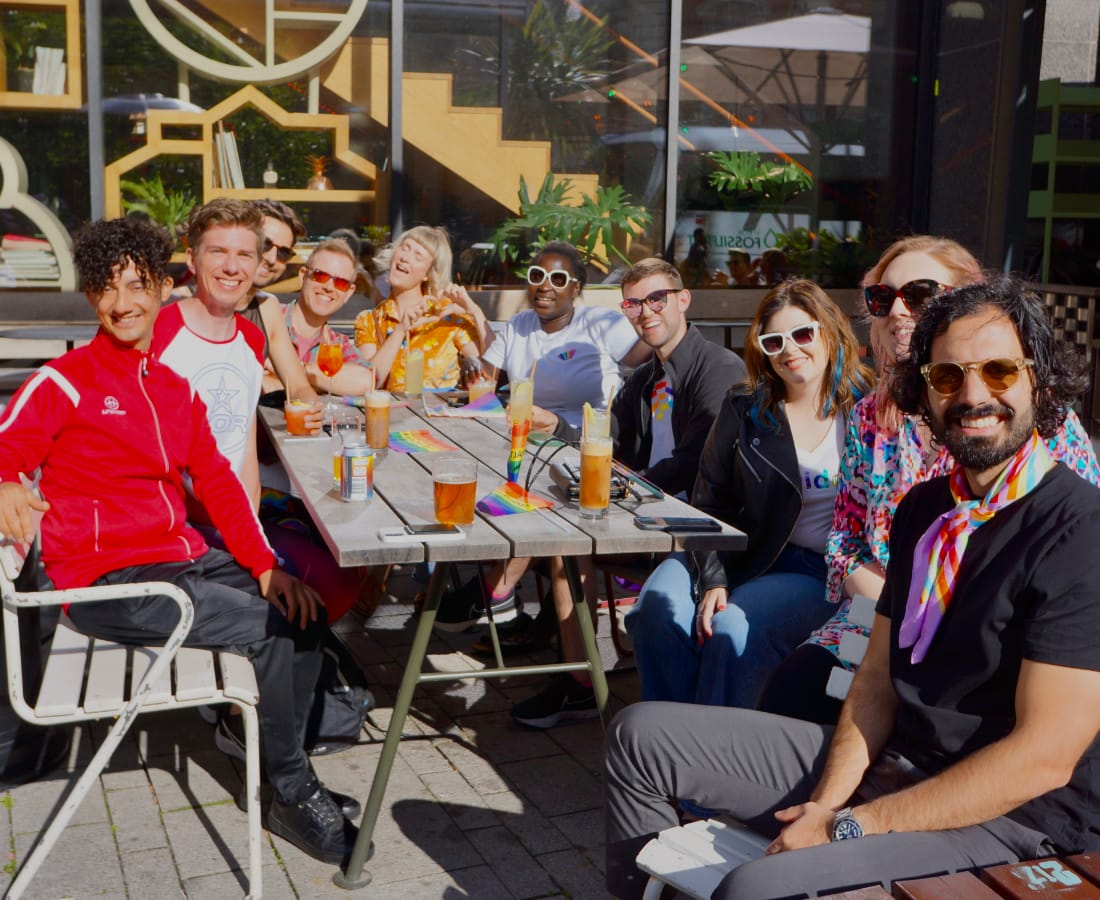 Arthur’s mom, dad, sister, brother-in-law, and 2 niblings visited us Thanksgiving week. Stockholm showed its best winter self by turning into a perfect Christmas village with an early snowfall. We took advantage of sales and got the kiddos boots and snow pants. They played gleefully on the playgrounds every day.

We hosted a total of 23 people for Thanksgiving dinner. Arthur and his dad prepared a delicious feast, perhaps their finest yet. We shoved our furniture aside and put 4 large tables end-to-end. I shared a moment of gratitude in lieu of a prayer. We shared what we were grateful for, alphabetically, as a slideshow of photos people sent played on the tv.

A year ago, we thought the pandemic had finally ended. Then, the omicron variant prolonged our suffering. I hope the updated vaccines prove effective. The wastewater data for Stockholm is not encouraging as of the time of writing. Few people seem to care anymore. 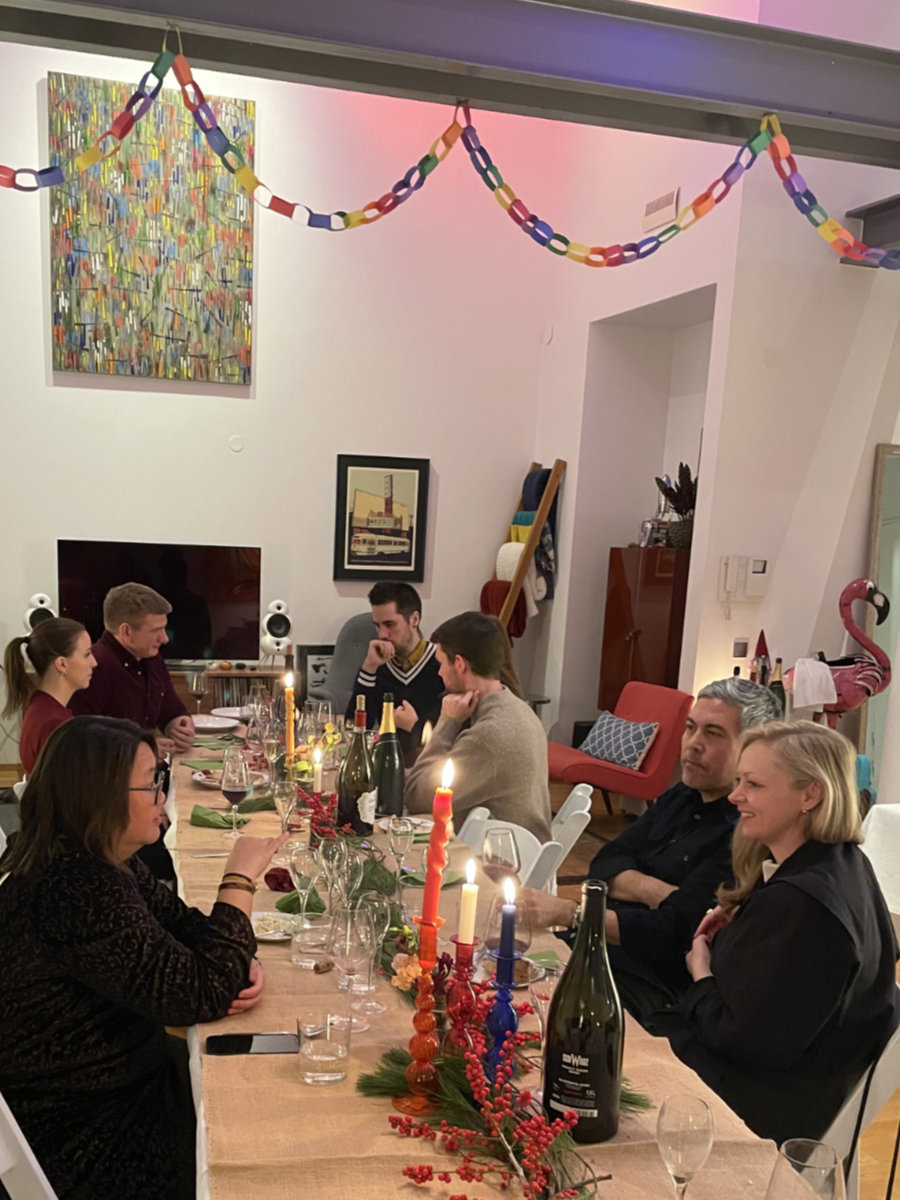 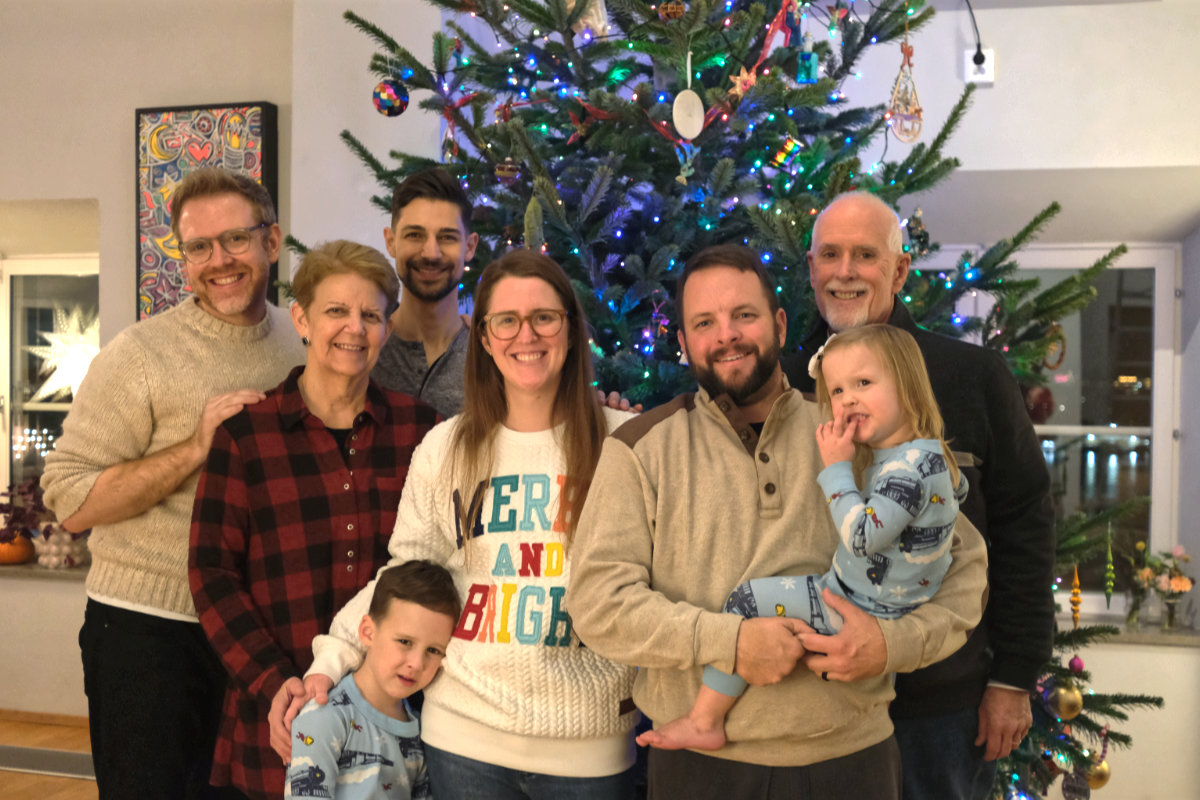 Arthur told Julgran he wanted the tallest tree they had. They delivered a 4.25 meter tree the day after Thanksgiving. What is the point of 5.5 meter tall ceilings otherwise, really?

I do not particularly care for Christmas (Christianity! Consumerism! Traditions!), but Arthur does. The joy it brings him brings me joy. I just smile in bed every morning when I hear him singing to the tree as he waters it.

A week after Thanksgiving, we threw a Winter Fiesta. Arthur made vegan tamales, salsas, cocktail meatlessballs, rice crispy treats, reindeer chow, and a few other holiday favorites. We enjoyed seeing some friends we had not seen in over a year. We also enjoyed meeting many of our neighbors who dared to break the Swedish cultural norm of not knowing your neighbors.

I really hope the pandemic is over and we get to do more of these gatherings in 2023. 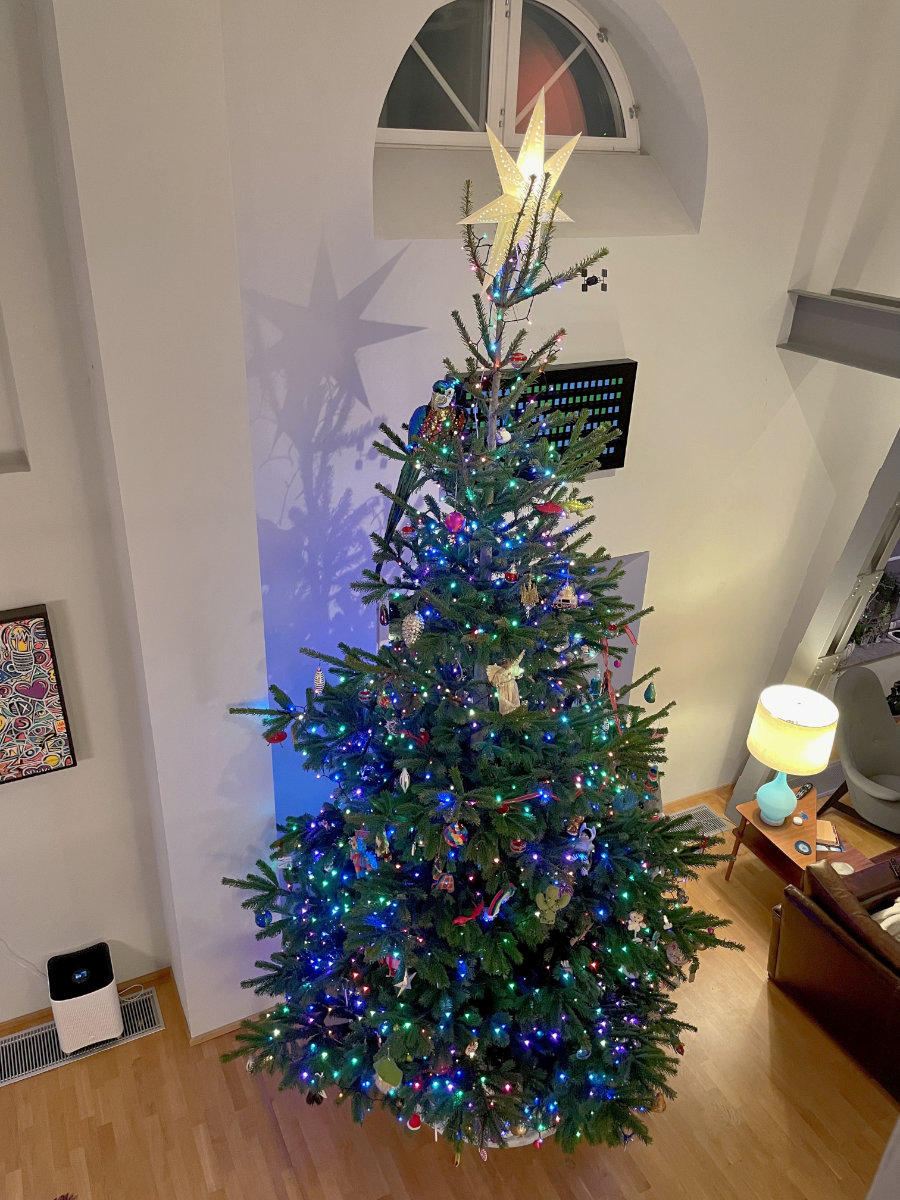 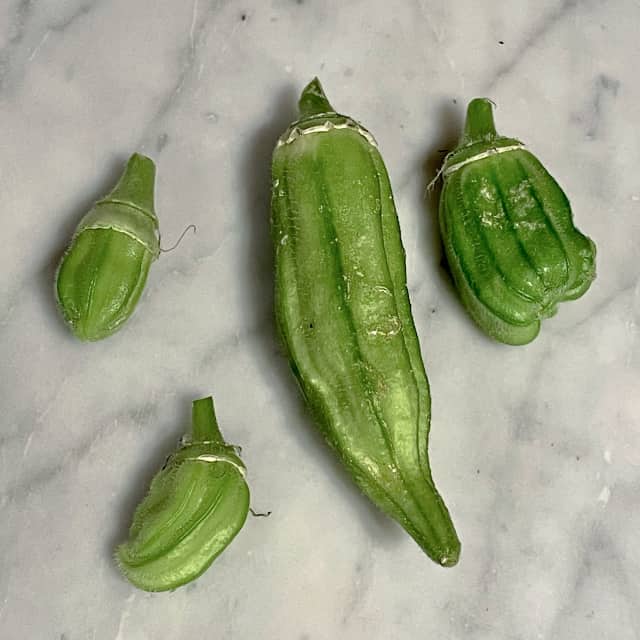 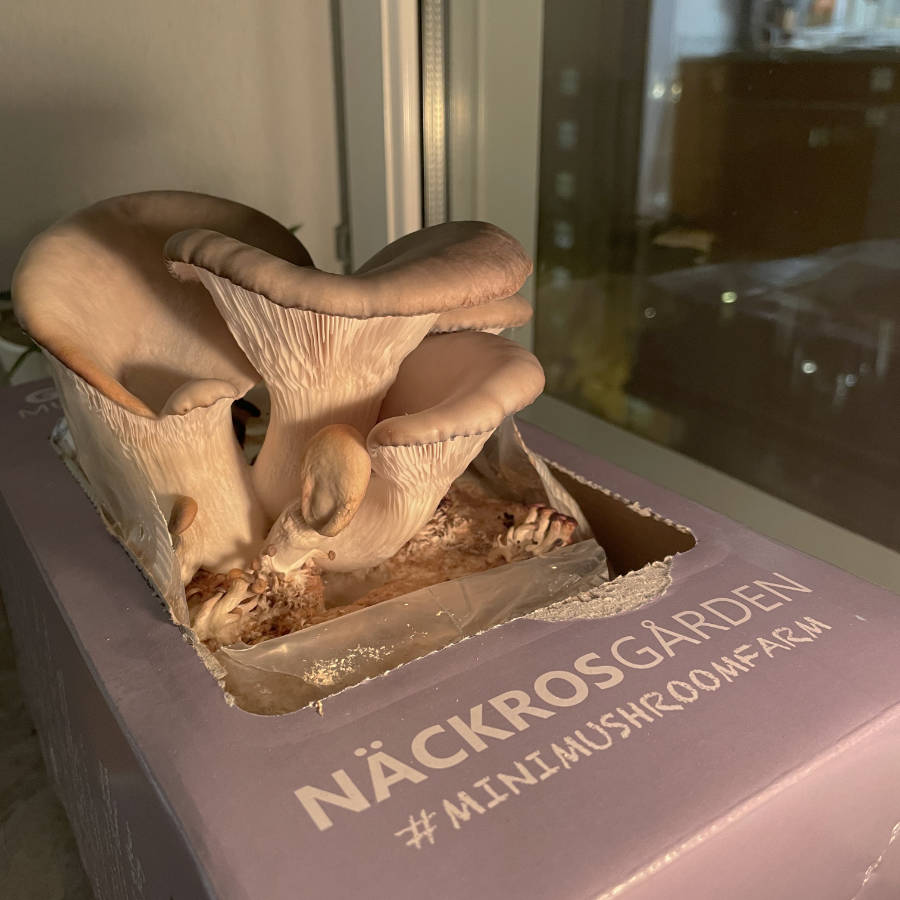