I am fine. I am fortunate. My husband and I have not been sick. No one in our immediate circle of friends and family has died from the pandemic. We both have good jobs we can perform remotely in industries not negatively affected by a pandemic. We have a home we love spending time in. We enjoy being coworking space buddies, which is good since he’s working remotely until next year at the earliest.

I entered 2020 with immense optimism, something I had not felt much of since Trump’s Electoral College win. However, the first half of the year presented infinite opportunities to practice stoicism and gratitude. I still believe it is The Rising 20s. I just didn’t realize we weren’t at the bottom of the valley yet.

The moment before the outbreak, two heartbreaks

I picked my heart up from San Francisco

In February, Arthur needed to travel to San Francisco for work. I tagged along because I work at a fully-distributed company and can work from anywhere with an Internet connection. I hadn’t been to San Francisco since Mark’s funeral and I wanted to see my friends again. We also had a chore to do. The rent on our tiny storage locker in SoMa was skyrocketing and we needed to clean it out. When we moved to Stockholm, we expected we would return to San Francisco in a few years. A few years have now passed and Stockholm unexpectedly has become home.

Cleaning out our storage locker was more work than we anticipated and we did not have as much time to meet up with friends as we had hoped. We had a couple dinners and one big meetup at a bar in the Castro. The smiles and laughs and hugs exceeded any social experience I have had in Stockholm. It made me really miss being in SF.

And yet, this trip felt different. Something felt wrong. When I lived in San Francisco, I resonated. I felt like I was in the right place at the right time for the first time in my life. I assumed I would feel that again when I returned, but I didn’t.

The hotel Arthur’s employer booked us was in San Francisco’s infamous Tenderloin area where people suffering from homelessness, addiction, and mental illness congregate. For lunch one day, I decided to walk to Tú Lan, Julia Child’s favorite Vietnamese restaurant in San Francisco. Barricade tape forced me to take a detour. A fight between two people had recently occurred. A man had bled severely for a few blocks. Police and paramedics were helping a resistant man while a sanitation crew cleaned the sidewalks. I fought back tears at the sight. My lips were quivering. I had to take a moment to breathe before entering the restaurant, but I couldn’t get the experience out of my mind. I later blamed the spiciness of the soup when a waitress asked if everything was ok.

I am not sure if these problems in America have gotten better or worse since I moved. I only know that my heart has softened and my eyes have seen a society where everyone is housed, no one suffers from hunger, and everyone has medical care. Sverige feels like the future and America feels like a barbaric past.

Before flying home, we drove up the coast to Mendocino. Arthur rented a BMW convertible. We stopped in Santa Rosa to see Tim, Mark’s brother. We communed with the redwoods. It was the escape we needed like it had been many times before.

I have been a fan of Elizabeth Warren since The Daily Show introduced me to her after the 2008 financial crisis. I enthusiastically donated to her Senate campaign, even though I had not lived in Massachusetts for years by that point. I wanted her to run for president so badly in 2016. When she announced her presidential campaign in 2019, I tried to figure out a way to move back to the US to work on her campaign without sacrificing my residency in Sverige. It was not possible to do, so I donated regularly, volunteered remotely, and talked about her plans with anyone who would listen.

Her loss on Super Tuesday felt even worse than Secretary Clinton’s Electoral College loss. A scared and myopic Democratic primary electorate chose a mediocre candidate over the best candidate in my lifetime. The cruelty of supporters of Senator Sanders towards Senator Warren’s supporters online was awful to witness. I stayed up late to listen to her call with campaign volunteers. I cried. Then, I kept my recurring donation to her campaign going and donated to every candidate she has endorsed still running for some office—except Joe Biden. The only thing he is getting from me is my vote.

What COVID-19 does to non-infected brain

My last update was at the end of January. It’s now mid-July. I have lost all sense of time. As someone’s therapist put it, we are living in an infinite present. We have spent months sheltering in place due to a pandemic. Today does not feel much different from yesterday, this week from last week. Did time really pass? We cannot make plans for tomorrow or a month from now that are any different from today. Is time really moving forward?

At the start of the pandemic, we had more video calls with friends and family than ever before. Then, the calls mostly stopped. We all collectively seemed to tire of video calls because we were spending all day on video calls for work and we ran out of things to talk about other than work and the pandemic.

Arthur and I both have learned how to accept the situation, but we had weeks of gloom on and off in the first two months, thankfully not at the same time. The amplification of my illness anxiety, uncertainty of how a pandemic would play out, and the disappointment of not being able to do all the things I wanted to do this year got to me. The conferences and concerts I had bought tickets to were canceled. I had planned a series of dinner parties to help build a community in Stockholm. My primary established local social connection (my gym) was severed. My wanderlust would have to practice abstinence.

Clark at InVision has talked for years about how the screen has become the most important place in the world. The pandemic accelerated that trend. I watched the world around me crumble from inside my home through an illuminated screen. I learned the word doomscrolling. I’m still learning how to deal with it all.

A tale of two countries

The Trump administration’s incompetency in protecting the people who voted for him—and the majority of Americans who did not vote for him—has been even more difficult to watch from afar than his pre-pandemic daily demonstrations of cruelty. Trumpers doubled down on their ignorance, but evolution favors those who listen to scientists. Perhaps evolution’s message will get delivered to a significant enough population before election day.

My current home country of Sverige (Sweden) provided me three years of daily reminders of how amazing a society could become. Then, the pandemic crushed my rose-colored glasses. Sverige’s handling of the pandemic has been mischaracterized by reporting from nearly all foreign news media. Life has not been normal here, nor has the pandemic been catastrophic.

Factually, compared to its Nordic neighbors, Sverige’s less restrictive pandemic strategy resulted in far more deaths of its elders with no economic or herd immunity benefits. As of today, the situation is worthy of cautious optimism. The new infection rate in Sverige is lower than in the first month of the pandemic. That number alone does not tell how much things have improved. At the start of the pandemic, tests were reserved for people being hospitalized. Today, anyone who wants a test can get it. The new infection rate is decreasing while testing is increasing. 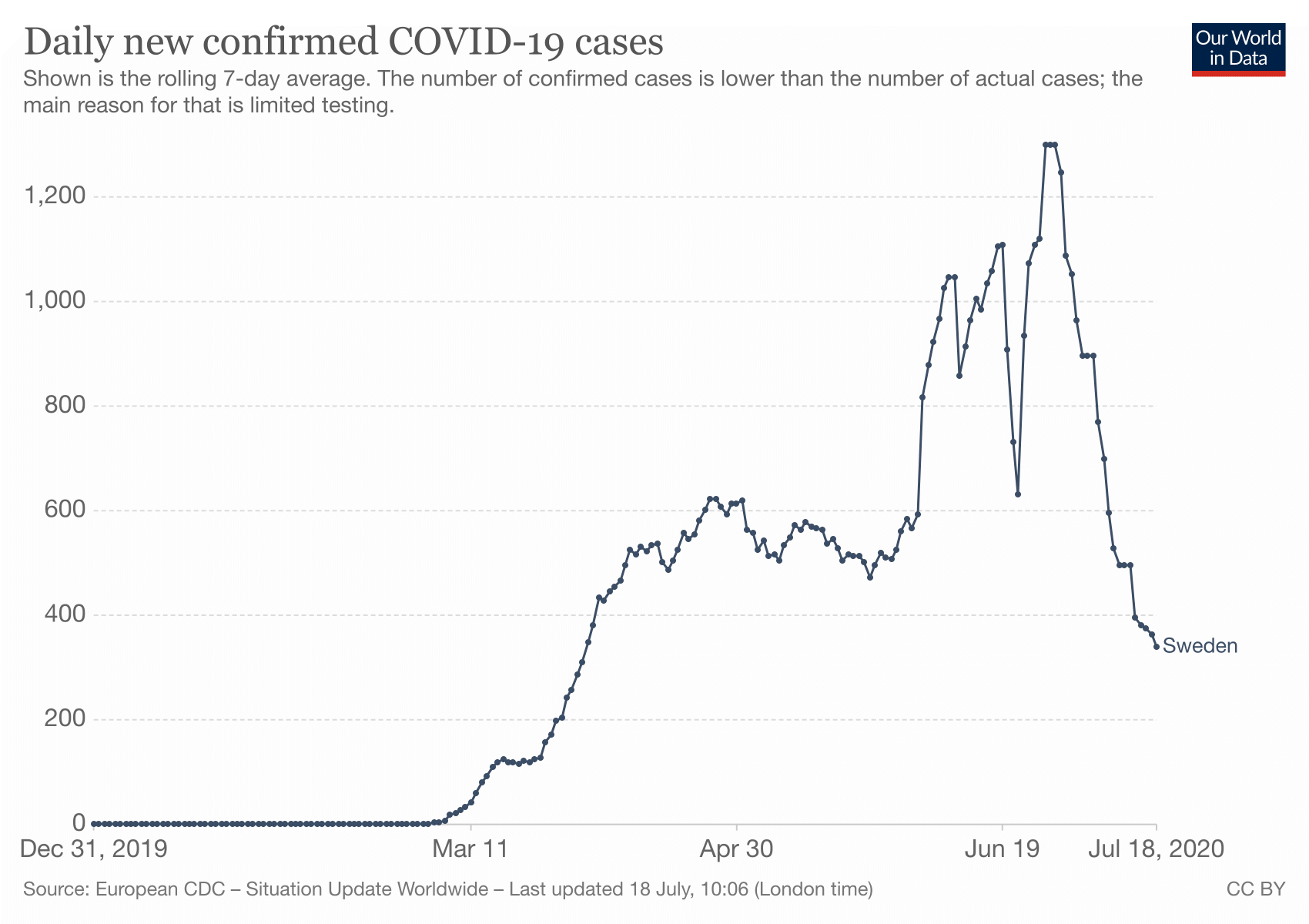 There are many reasons why Sverige took a different strategy. The long-standing consensus on how to respond to a pandemic rapidly changed. Sverige’s elected government is prohibited by its constitution from directing its government agencies. The only immunity in this pandemic was the public health agency to public pressure. There is no good time to have a constitutional crisis. A pandemic is a particularly bad one.

As an immigrant, I felt like an unwelcomed outsider for the first time. I was quoted in an article and Swedes online let me know they disagreed with me. I later learned this was more of a generational split than anything else. At-risk Boomers supported the technocracy while Millennials and Gen Z wanted closer alignment with international institutions’ recommendations.

But a pandemic was not the only thing mercilessly killing people in America. Police brutality once again got captured. Once again, Americans rightfully rioted. I don’t know what made this moment different than the prior moments, but I wish I were in America to protest again. Burning down a few chain retailers has done more to affect change than decades of centrist democrats (President Obama included). There was a solidarity protest in Stockholm complete with its own police brutality. I did not attend because gatherings of more than 50 people are illegal and I am an immigrant who can be deported for breaking the law. Once again, I was limited to watching the world through an illuminated screen. I think I donated to every advocacy non-profit, bail fund, and individual GoFundMe campaign my friends mentioned on social media. It was the only thing I felt I could do besides personally practicing anti-racism.

If this pandemic is anything like prior pandemics, it will last at least 2 years and have multiple waves. I am introvert and value my “hermit time” to work on little side projects, but I know I do my best work after talking with people and doing activities that intensely redirect my focus. I worry I am spending too much time alone with my thoughts indoors. It feels like winter never ended. 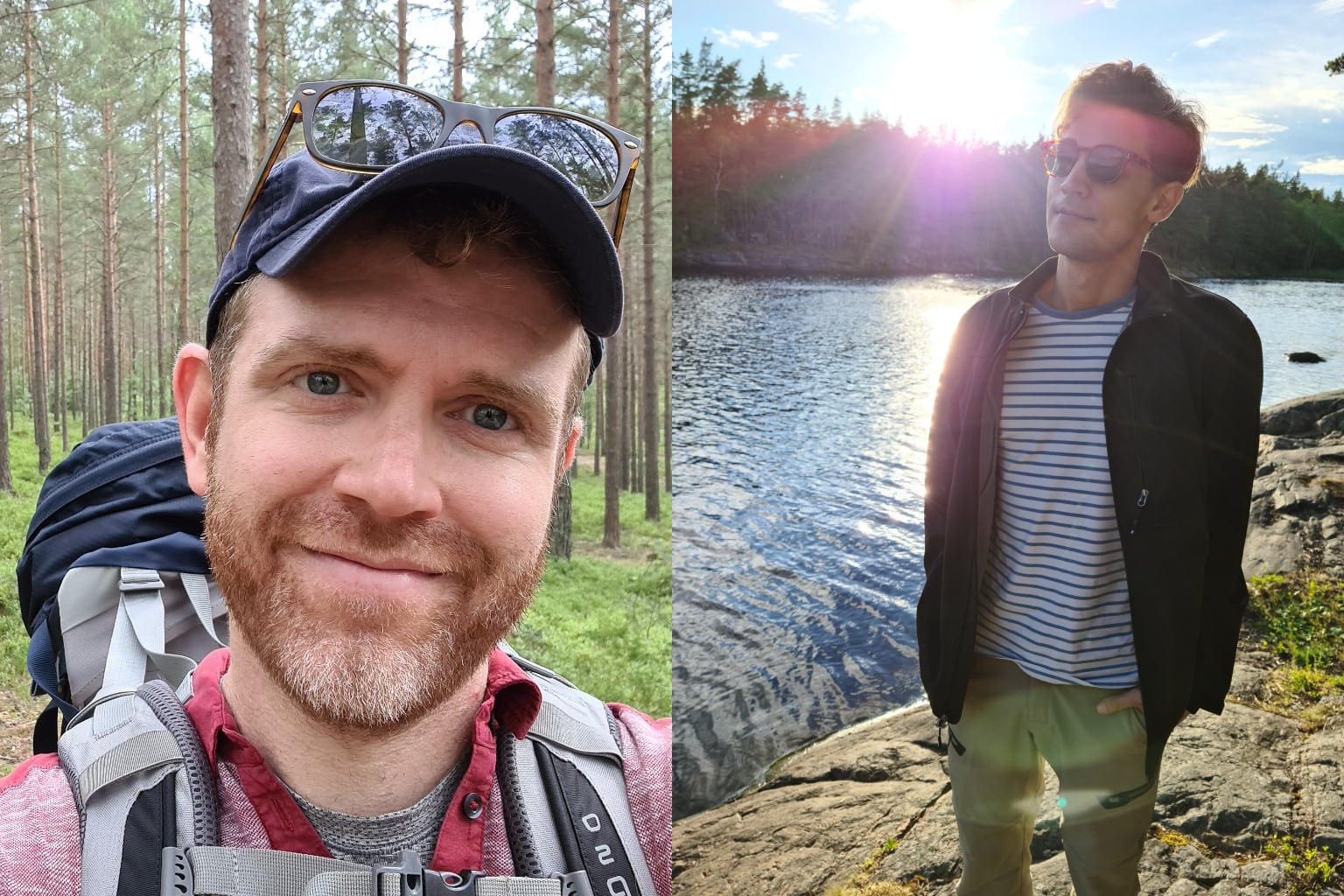 In addition to the triple franchise release of RuPaul’s Drag Race, we have enjoyed binge watching these shows:

What I am looking forward to

Def. The most challenging experience I've ever encountered. I take refuge in General James Stockdale's POV on his captivity during the Vietnam war: https://t.co/38wBXanWD5